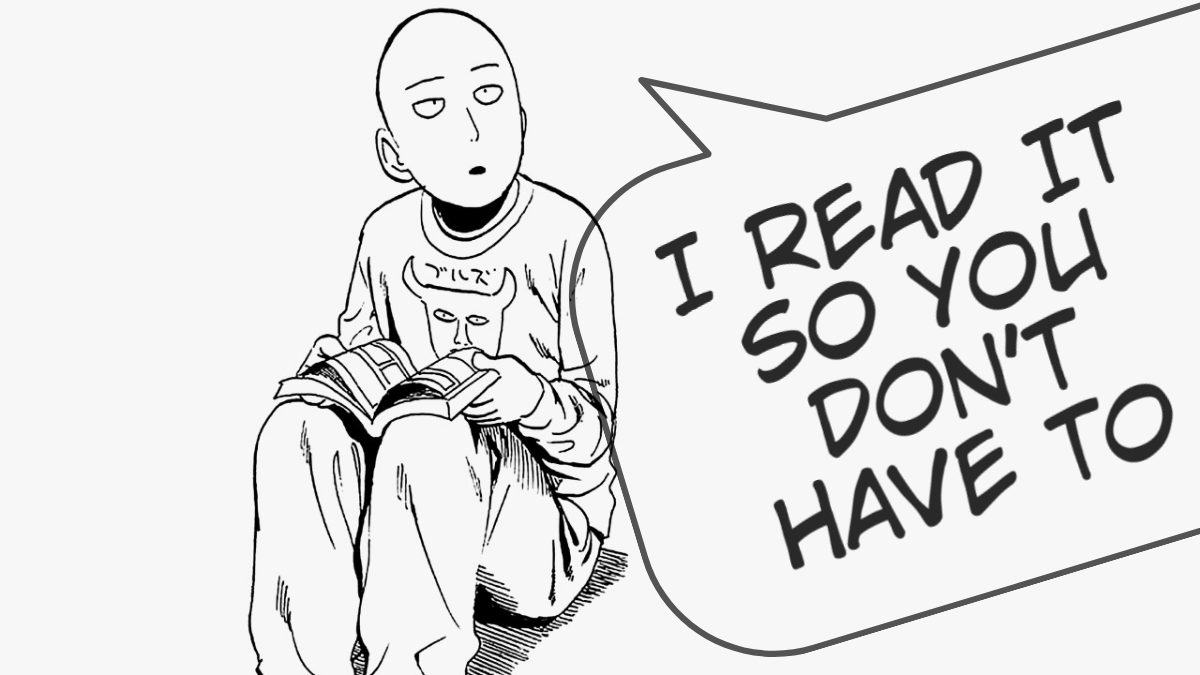 Hello, and welcome to the second manga review of my series I Read It So You Don’t Have To. In this segment, I’m going to review Shonen Jump titles that are fully available on Manga Plus, where you can read official releases for free. I aim to cover whatever fits this criterion in their library, whether I enjoyed it or not. I might compare the titles to well-known series, but it’s to give the reader a taste rather than pitting them against each other. The reviews will contain light spoilers. Hope you can come across a title you might enjoy.

Amahara’s first time meeting with gymnastics is peeking through the local gymnastics club’s windows when he was little. He seems like he’s in a daze when he’s watching, but he’s not very athletic. A kid from the club, Shuichiro, encourages Amahara to try it out and they become clubmates, as well as friends. Amahara has a very “matter-of-fact”ly attitude towards anything in life, and that mindset shows itself in his gymnastics as well. His ultimate goal is to have complete control in his movement, that’s why he devotes all of his time to the utmost basics and never had any interest in competing.

Since this is his last year in middle school, the coach signs him up for a competition where Amahara has serious clashing opinions with another gymnast for the first time, Sakura Dogase, who is the elite, talented star of youth gymnastics. Amahara doesn’t back down on being effort-oriented instead of just focusing on results, but he is equally bewitched seeing how closer Dogase is to physical freedom compared to himself. So, Amahara does what any shounen protagonist would do and joins the same high school as Dogase to team up with him!

The name Moon Land comes from the New Moon Salto technique Dogase does in the 2nd chapter. I spent a lot of time trying to find a video on it, but apparently, this salto is most commonly called a Tsukahara, named after Tsukahara Mitsuo who is a phenomenal gymnast and a 5-time Olympic Gold Medalist. Here’s a high bar routine from the 1970s.

What works in Moon Land?

What doesn’t work in Moon Land?

My overall impression of Moon Land is positive, and I’ll continue reading the manga. I’m not sure if it’s apparent from my blog, but I’m a huge enthusiast of sports anime and manga, so I got into Moon Land with an already positive mindset. I wouldn’t say it’s so gripping, or it stands out in a very specific way, but it’s still a fun read, especially for other sports anime lovers like me. Or maybe you’re a gymnastics enthusiast and want to read a manga with a more down-to-earth approach to the sport! Moon Land has a satisfying plot with more than decent art style, cute characters, all the tension, and adolescent angst you are to get with sports anime. Here’s a promotional manga PV done by Shounen Jump:

Hope you enjoyed my review, the next title will be Witch Watch by Shinohara Kenta. Take care and see you on Friday for another BL recommendation!