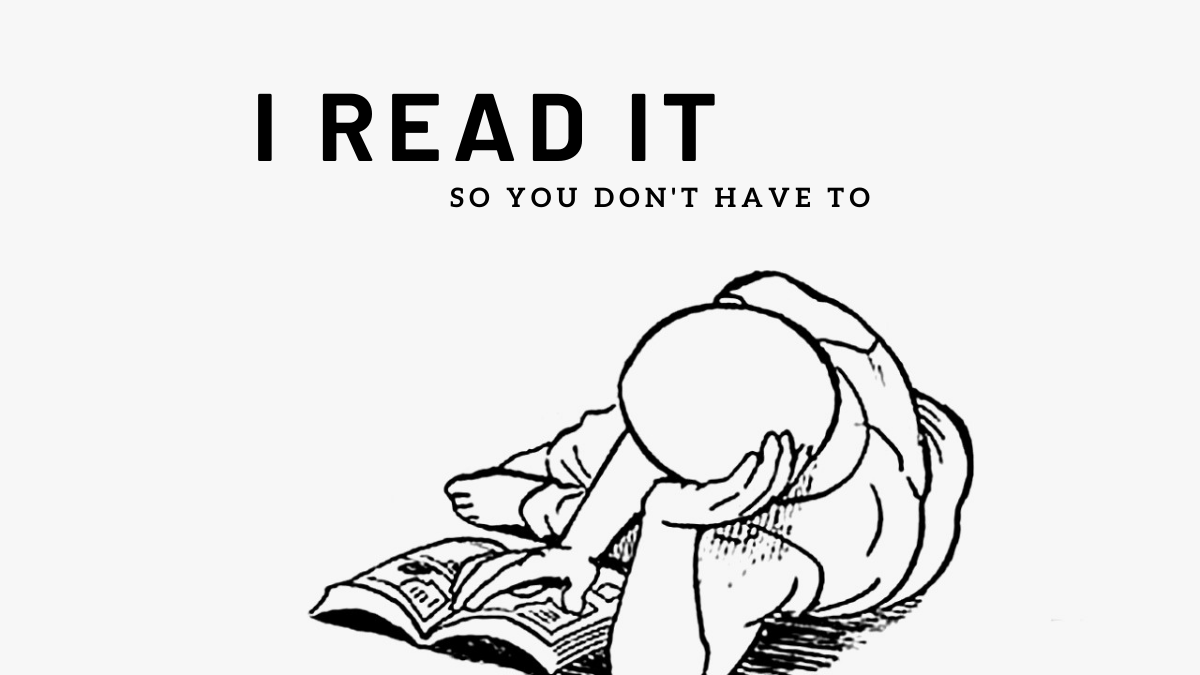 Hello, and welcome to this week’s manga review of my series I Read It So You Don’t Have To. In this segment, I’m going to review Shonen Jump titles that are fully available on Manga Plus, where you can read official releases for free. I aim to cover whatever fits this criterion in their library, whether I enjoyed it or not. I might compare the titles to well-known series, but it’s to give the reader a taste rather than pitting them against each other. The reviews will contain light spoilers. Hope you can come across a title you might enjoy.

It’s been 200 years since World War 3 has wiped off humanity, leaving barren lands and ruins of modern civilization behind. The story opens up in a land that resembles a farm where our protagonist Roue, a human, and her Uncle Zett resides in. She calls Zett ‘uncle’, but it’s a robot with a highly-developed AI. These robots, or ‘gears’, all have a base program that serves as their purpose, or to explain with human concepts, their reason of existence. These base programs are put in these gears by humans. One day when Roue is out and about, she comes across a gear that has no base program, and just like a lost puppy, she takes it back home. From there on, Zett, Roue, and Chrome start living together.

They are happily getting along, until one day an insane gear, runaway AI’s that haven’t been maintained or repaired over the years, show up and attack them. Zett’s been blown off, and Chrome uses its huge body to protect Roue as well, and right when Roue falls into despair another combat gear that looks like a male human emerges from Chrome’s body. He says he wants to make protecting Roue his base program and asks for Roue’s approval. Roue doesn’t have much time to think thoroughly and affirms Chrome’s decision. After the insane AI has been dealt with, Chrome takes off Zett’s core and they embark on a journey together to find somewhere where they can restore Zett.

Phew! That’s a lot of stuff happening right off the first chapter. Takaki Tsuyoshi’s previous work Black Torch seems to be quite well-known and was licensed by Viz, although this is my first time reading their work. As you can probably guess from the summary, Heart Gear is a series that delves into human-ly notions such as identity, belonging, purpose, and ‘inefficiency’ (emotions, food, art, etc.) through a gear’s perspective.

What works in Heart Gear?

What doesn’t work in Heart Gear?

I’ve kept comparing this series with Made in Abyss in certain aspects. I’ve read Made in Abyss’ first volume and saw the half of the first season. I can’t stress how far and beyond the sound, colors, and the overall ambiance took the story, I wasn’t too fond of the manga itself. With Heart Gear, the manga already looks superb and I couldn’t help but want to experience that additional depth. Given that it’s handled by a good studio that’ll do justice.

I’m quite excited to see how it will all play out and I’ll certainly continue reading Heart Gear once the artist comes back from the hiatus. I doubt it’d become big as Jujutsu Kaisen or anticipated as Kaijuu #8 however, seeing this title in motion would be amazing!

What did you think of Heart Gear? Is it interesting enough to pick it up? Let me know in the comments! The next title I’ll be reviewing is Soloist in a Cage by Moriya Shiyo. As always, thank you for reading, and see you later!