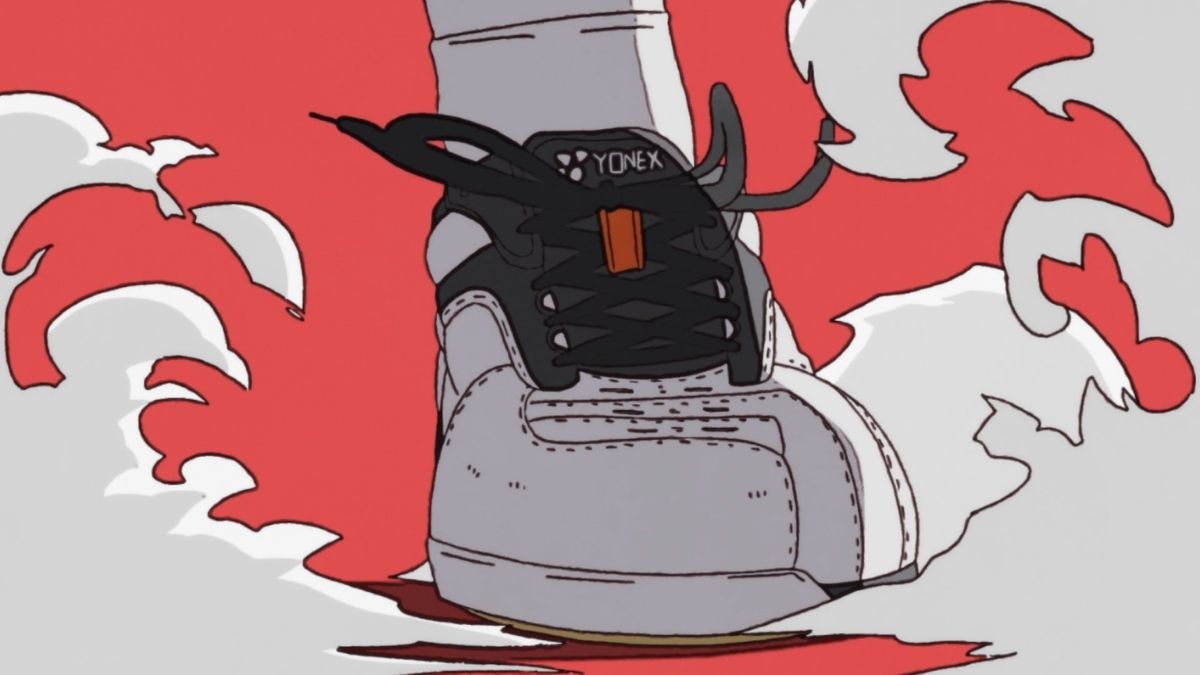 Hello! I’m back at it with another ‘top 5’ post. They are fun and easy to make, but hard to find interesting topics. Irina does a wonderful job at coming up with them! The other day I was minding my own business and cooking dinner when a thought suddenly hit me: I missed Ace of Diamond (Daiya no Ace? Diamond no Ace? It has too many versions), and especially Seido’s coach Kataoka. I haven’t written on DnA before but I’ve rewatched it so many times, and it says a lot considering how many episodes there are. Hence, a top 5 list of my favorite sports anime coaches seemed like it would make a good chance to write on sports anime.

While writing this post, I noticed I was going with the flow with the number and placement of exclamation marks in sports anime names. I can’t judge, though. I’m fairly guilty of using them in abundance myself and they had to be in the title because… youthful tension!!!

When picking the characters, I stuck to these two conditions:

Let’s dive into it ~

He’s the former Badminton Olympic Team player candidate and an alumnus of Kitakomachi High School where he’s currently coaching. The only problem I had with this guy was that he was introduced to the series as the “pervy stranger ogling girls with short tennis skirts but in truth, is a good guy”, which is a trope I’m not particularly a fan of. Thankfully that’s just the first episode, and it doesn’t carry into the rest of the show.

He was a responsible player who put his injury and long-term plans before pushing himself unnecessarily, although that cost him his seat in the Olympic team. Throughout the season, he coaches the current team with great energy and care, trying to balance out the strictness and the players’ own needs. He turns out, indeed, a good guy.

Any coach in Haikyuu!! could make it into my list but then I’d have to make a Top 42 post probably. All of them are adorable and good at their job, have good communication with their players, and produce results to the best of their abilities. The reason I chose Washijou Tanji, first and foremost, is that he left a big impression on me as a character. He’s also one of the few coaches who had a great impact on the plot progression and character development, starting from season 3.

He himself lacked the height he thought he needed to be a good player when he was young and thus builds a powerhouse like Shiratorizawa around that ideal. After facing Karasuno, he admits that he might not always be right about what he treasured in players all these years, which is admirable since it’s not easy for the older generation to change their long-held beliefs. He continues to help Hinata after his graduation so that he can reach new heights in his career.

She’s technically the ballet coach of Yuri Plisetsky but it’s essential to the sport so I think she should count. She’s the previous primadonna of the Bolshoi Ballet and the moment Yakov brought her in and she walked up to Yuri in her padded coat and hair tied up to a tight bun, I remember thinking “Wow, such a strong presence!”. Then she proceeds to examine Yuri as if she’s picking a horse for her farm, but we could let that slide. She’s also very creative when it comes to her remarks on Yuri’s shortcomings, like the crab she ate yesterday having a better free leg than Yurio’s.

She came up with the idea to incorporate his ‘androgynousness’ into this season’s theme when she saw Yurio, and Yurio in turn, was more than ready to do whatever it takes to win and put his unconditional trust in Lilia. In the end, his transformation was an awe-inspiring sight. Sometimes, as the biggest procrastinator on Earth, I think I’d benefit from having a Lilia in my life. I’d hate her for making me actually work, sure. But my life would turn out for the better, don’t you think?

It probably wouldn’t come as a surprise if I said I have a huge crush on her. Sakurazawa Midori is the coach of Fujisaki High School and a former karuta player herself who challenged Inokuma Haruka multiple times, who has 4 consecutive Queen titles under her belt. She’s been playing karuta since she was six, and a coach for 12 years, which is enough to build a legacy in a team. She’s a coach who’s strict on building a sturdy body and stamina.

She doesn’t only pay attention to her students, but lends a helping hand to Mizusawa High School’s club, especially Mashima and Chihaya. Not only that, but she goes the extra mile to encourage the female players she sees potential in. I feel like if I was training under her guidance, I’d never miss a day in the club and be proud of my coach.

Ahh, and here comes the reason I ever started writing this post. He might be sporting an out-of-date hairstyle and a pair of glasses, but he’ll forever be my favorite coach. Another alumnus who comes back to coach the team of Seidou, he’s also teaching modern Japanese. Despite adorning a wall-like expression most of the time, he pays close attention to each and every player on the team, makes them keep a notebook on their personal goals, achievements, and so on, comes up with individual training regimes or pairing them up with suitable upperclassmen within the team.

While he pays attention to such details, he’s still a “team first, individuals second” type of coach. Later on in the story, Seidou gets a second coach, Ochiai, who has almost the opposite views on coaching and team dynamics. They disagree most of the time, but Kataoka values Ochiai’s opinions and respects him. He is equally distant to all the players, although he is a little different in the ways he shows encouragement to Sawamura, probably because he sees his past self as a pitcher in him. He’s a whole cutie if you ask me.

Of course, there are some base requirements for a good coach. For example, the reason why Victor (from Yuri!!! on Ice) hasn’t made it into the list was that he went experimental on Yuri in the most crucial times. While there is somewhat a base, the rest depends on how compatible you are with your coach as a player. They must be flexible enough to train a diverse range of players, but it’s also true that they have their own vision, a method of training, or a style they think is best for the players, and if you click with that, you’d probably be making the most out of the practice. In that sense, I feel like I’d be compatible with him the most, and he is a coach that I’d follow without an ounce of doubt.

Wow, I really let myself go when it comes to chatting about sports anime! What did you think of my top 5? Is there a coach that didn’t make it into my list, but you love? Which anime coach you’d do whatever it takes to train under? Let me know in the comments or if you’re a blogger friend who’s enthusiastic about sports anime like me, I’d like to read your take on the list! Until then, take care ~